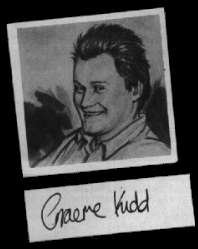 There isn’t a great deal to say at this festive time of year — apart from MERRY CHRISTMAS and a big thank you to everyone who has contributed to the fun.

It is traditional to speculate about the New Year and the goodies it will bring. We’ve seen the opinions of one or two people in the FORUM who reckon the Spectrum has just about reached the limits of its usefulness, given the capabilities of new machines that lurk just around the corner. Maybe the proliferation of high quality software that we’ve seen over the past few weeks will change the minds of these Scrooges — Spectrum owners are going to be spoiled for choice when it comes to Christmas shopping, compiling lists for Santa and spending present money in the January sales.

The Second Coming of dedicated Games Consoles, due any day now, is also supposed to be putting a nail in the Spectrum’s coffin. Unlikely, even if Ultimate Play the Game now prefer to be known as Rare Ltd and plan to commit software to the ROMs of game consoles to the exclusion of all else... The level of programming competence currently attained on the Spectrum isn’t suddenly going to be transferred to other machines, and there are plenty of people out there in the wide world who have not yet joined in the fun of playing games on the Spectrum. Now that software houses are paying more than lip service to the 128, games such as Starglider are beginning to show just what the race-tuned Spectrum can offer. Let’s just hope that Amstrad can sort out the teething problems that surround the integral cassette recorder before prospective purchasers look elsewhere...